Get this book in print

Richard Warren Schickel was born in Milwaukee, Wisconsin on February 10, 1933. He received a bachelor's degree in political science from the University of Wisconsin, Madison, in 1955. He became a noted film critic, Hollywood historian, and prolific author and documentarian. He reviewed films for Life magazine from 1965 until it closed in 1972, then wrote for Time until 2010 and later for the blog Truthdig.com. He wrote 37 books on movies and filmmakers and wrote or directed more than 30 documentaries including The Men Who Made the Movies. He wrote biographies of Woody Allen, Marlon Brando, James Cagney, Charlie Chaplin, Gary Cooper, Clint Eastwood, Lena Horne, and Elia Kazan. He also wrote a memoir entitled Good Morning, Mr. Zip Zip Zip: Movies, Memory, and World War II. He died from complications of dementia on February 19, 2017 at the age of 84. 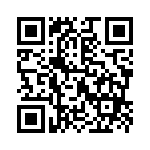