George Potter's interest in archaeology began as a LDS missionary in Peru and Bolivia. After a year at BYU and his mission, George returned to his home state of California and put aside his amateur archaeology interest. He graduated with high honors from the University of California at San Diego, and two years later received a master's degree from the University of California at Berkeley. On leaving the university he became a certified public accountant and joined one of the so-called Big Five CPA firms. Later he entered management and consulting, two professions which have taken him to over forty countries, including a five-year stay in Zurich, Switzerland. For the last ten years he has owned and operated Bear River Training and Consultancy, a training, e-learning, and financial services company located in Saudi Arabia. As has lectured at universities in the United States, Germany, Switzerland, and Saudi Arabia. George is married to Susan Jenson Potter. Together they have ten child 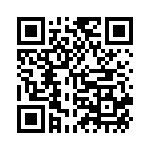