Susan Beth Pfeffer was born in New York City in 1948, and grew up in the city and its nearby suburbs. At the age of six, when her father wrote and published a book, Pfeffer decided she, too, wanted to be a writer; that year, she wrote her first story. She didn't write her first published book, until much later. Just Morgan, a young adult novel, was written during her final semester at New York University, and published the following year. Since then, Pfeffer has been a full-time writer for young people. She has won numerous awards and citations for her work, which ranges from picture books to middle-grade and young-adult novels and includes both contemporary and historical fiction. Her young adult novel About David was awarded the South Carolina Young Adult Book Award. Her young adult novel The Year Without Michael, an ALA Best Book for Young Adults and winner of the South Carolina Young Adult Book Award, was named by the American Library Association as one of the hundred best books for teenagers written between 1968-1993. Pfeffer has also written a book for adults on writing for children. She has written over 60 books for children and young adults. 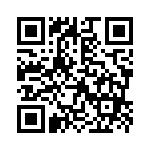